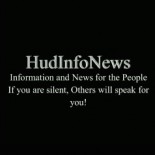 Information and News for the People. If You Are Silent, Others Will Speak For You!

This year the Acting President Doris Brown, whom is filling in for the current President Tyrone Hodges, and Vice President Ernest Clarke, of the Martin Luther King  Parade Committee are preparing for the African-American Freedom Parade and Festival–this year’s theme is Together We Rise–on Saturday, June 24, 2017.

After Viola Richardson’s unsuccessful attempt to revitalize the African American Freedom Parade and Festival in 2010, due to  negative feedback concerning the activities that occurred after the parade passed through the Greenville Community in the comments of an online article here, the Martin Luther King Parade Committee has been organizing the parade to bring awareness of the beautiful culture  and unity within the African-American community  that has been overlooked causing stigmas, and other cultural communities to develop misconceptions about the African-American community.

The committee has made changes to the route the parade will travel due to unsafe sidewalks, hazardous materials and trash, and the presence of parked cars along the original route, which began at the corner of  McAdoo Avenue and Martin Luther KingJr. Drive to Arlington Park. The new route will begin at Dwight Avenue and John F. Kennedy Boulevard and end at Lincoln Park on the Duncan Avenue side. The committee has received support from Freeholder Bill O’Dea, Karen DeFazio, Jersey City, Hudson County,  Jersey City Police Department, Hudson County Sheriff’s Office with their plans to bring a day of celebration of African-American heritage and unity to Jersey City.